We’re back! The Giants‘ annual media open house had so much interesting stuff, I just had to share it, and that seems like as good of an excuse as any to revive this too-long-dormant MLBlog. 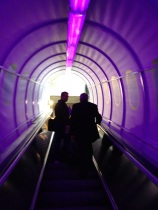 The media open house is an annual event the Giants hold where they invite — duh — the media to learn about AT&T Park improvements, promotions, marketing campaigns and food items that will be prominent in the upcoming season. The event is usually held on the field and in the Field Club, but this year, it was moved to the club level.

The Virgin America sponsorship also includes the introduction of “Fly Bye Baby,” the newest member of the Virgin America fleet. It’s an Airbus A320, and Giants games and feature programming will be featured on Virgin America’s in-flight entertainment system. See a photo of the beard-wearing plane here.

After covering promotions (including four bobbleheads, two gnomes and two World Series team reunions) and the new commercials, the Giants discussed major capital improvements to the ballpark. First and foremost, the goal with the offseason renovations has been to enhance views, improve traffic flow and create a more open feeling overall. It’s noticeable right away in the main Promenade level concourses.

The overhead hanging signs have all been removed, and the lighting has been improved. They’ve also moved all the food carts wedged behind the lower bowl seating to the opposite side of the concourse, mostly in new nooks created along the outer wall.

Carts have been moved from the field side to nooks on the outer concourse walls.

It wouldn’t be media day without some bathrooms news, and restrooms along the Promenade level have been reconfigured, with the left-field one getting additional capacity.

A new men’s room behind section 132-133 has what the Giants are calling “Northern California’s best view from a public bathroom,” looking out to the Bay Bridge (and another larger window overlooks MoMo’s, but don’t worry — they’re pretty high up in the wall).

The Bullpen Box, a premium group seating area next to the visitors dugout, is being turned into the Corona Beach Club. It’ll include a small sandy beach, two Adirondack chairs and other beach-themed amenities.

As you may have read previously, another notable change is coming down the left-field line, where the congested narrow bridge near the Coca-Cola Fan Lot is being replaced with a new area spanning the entire width of the Fan Lot. It’s called Ghirardelli Square South and will include a Ghirardelli location plus a full concession stand that will include garlic fries and (I’m told) the popular Sheboygan brats.

Little Giants Park, the mini ballpark in the Fan Lot, is also being renovated to open up the views toward the Bay Bridge and to add a padded left-field wall just like the real park.

Out behind the scoreboard, the upper concessions area has been dubbed Anchor Plaza and will include an Anchor Brewery Tap Room kiosk. We were told that more Anchor Steam beer is sold at AT&T Park than any other location in the world. 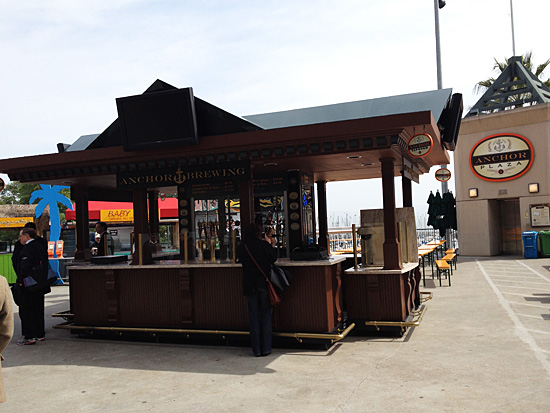 Finally, media day wouldn’t be complete without a whole lot of food. Seriously, I think some media members attend the open house just for the food offerings. Some of these are new items; others will be available in new locations. Here’s a sampling (note that many of these selections are presented in mini sizes just for media day, since there are so many choices available): 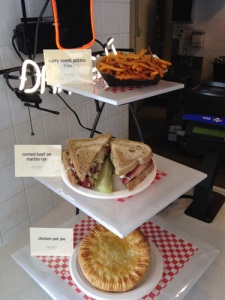 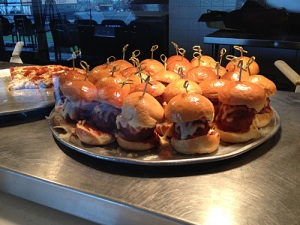 Build your own grab-and-go healthy selections 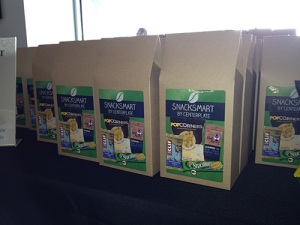 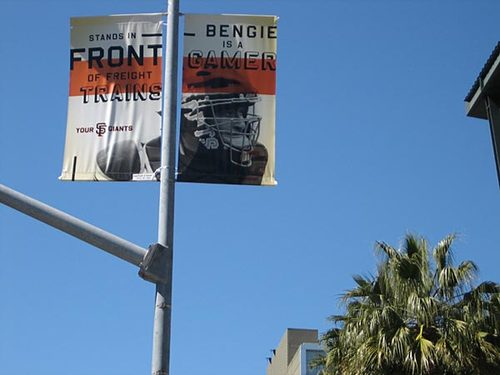 Stands in front of freight trains — Bengie is a gamer. 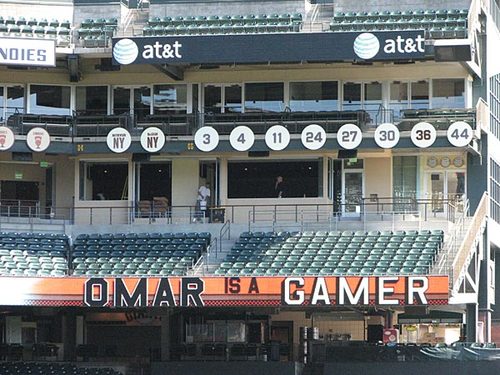 The new 120-person Legends Club suite, under construction on the Club Level.

The new McCovey’s Restaurant Catfish Po boy sandwich, available in the plaza behind the center-field scoreboard.

The new McCovey Cove Loft is under construction in the right-field wall.

The view looking out from the new McCovey Cove Loft in the right-field wall.